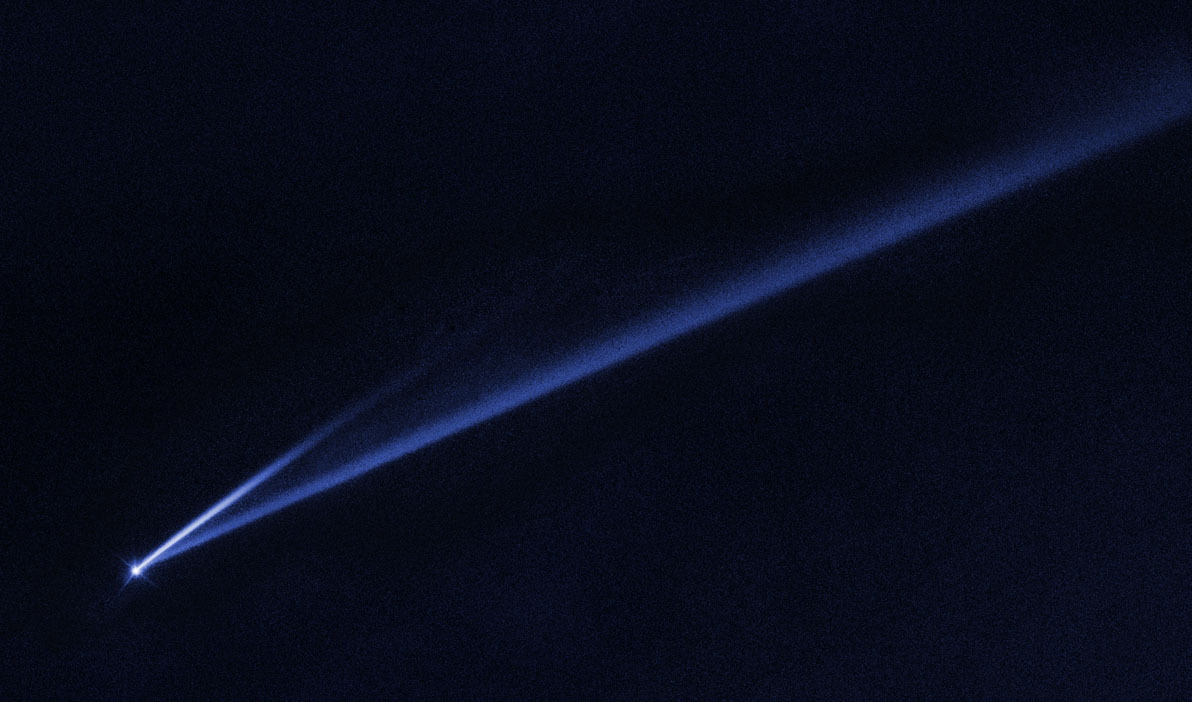 This Hubble Space Telescope image reveals the gradual self-destruction of an asteroid, whose ejected dusty material has formed two long, thin, comet-like tails. The longer tail stretches more than 500,000 miles (800,000 kilometers) and is roughly 3,000 miles (4,800 kilometers) wide. The shorter tail is about a quarter as long. The streamers will eventually disperse into space. Credits: NASA, ESA, K. Meech and J. Kleyna (University of Hawaii), and O. Hainaut (European Southern Observatory)

Astronomers once thought asteroids were boring, wayward space rocks that simply orbit around the Sun. These objects were dramatically presented only in science fiction movies.

But recent observations show that asteroids are anything but dull. In reality they are dynamic, active worlds that can ultimately disintegrate due to the long-term subtle effects of sunlight, which can slowly spin them up until they begin to shed material.

For Gault, a mass of rubble a few miles across, mere sunlight set the stage for its gradual demise. The force of sunlight, in concert with Gault’s own asymmetrical shape, speeded up the asteroid’s rotation over a period of more than 100 million years. The estimated spin-up rate is 1 second every 10,000 years.

Read the full release on HubbleSite