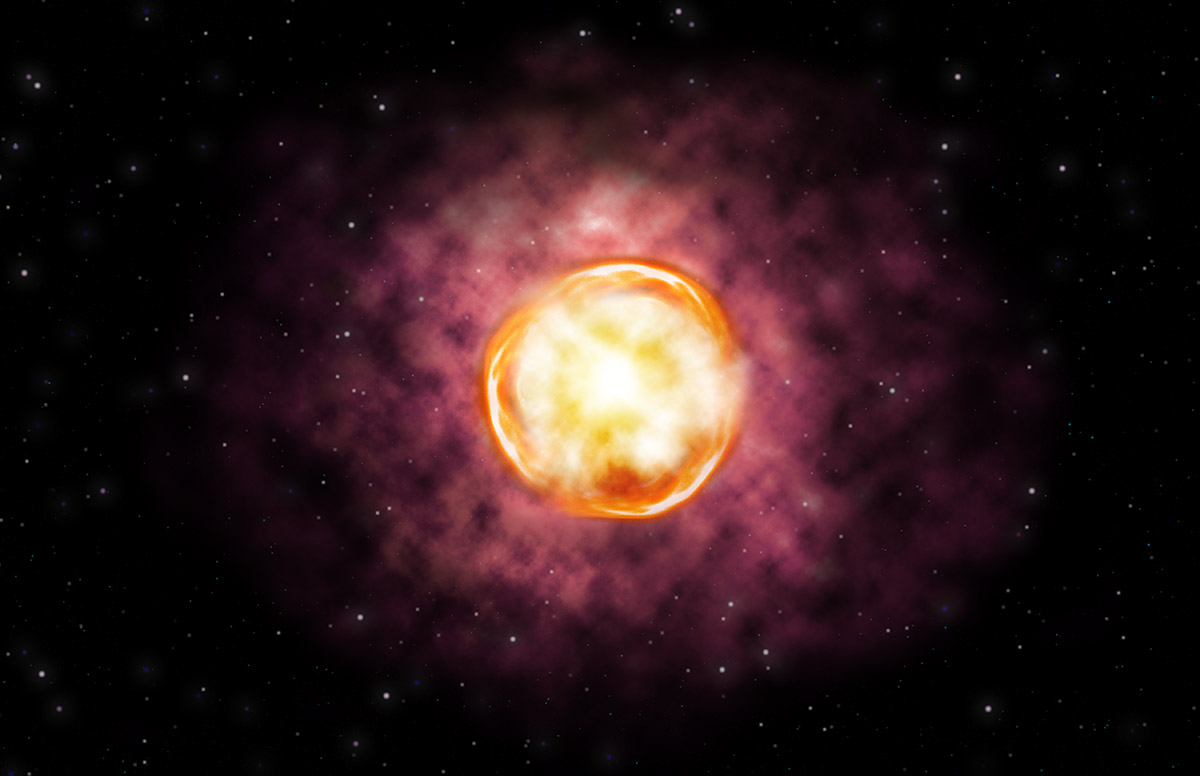 A renegade star exploding in a distant galaxy has forced astronomers to set aside decades of research and focus on a new breed of supernova that can utterly annihilate its parent star — leaving no remnant behind. The signature event, something astronomers had never witnessed before, may represent the way in which the most massive stars in the Universe, including the first stars, die.

The European Space Agency’s (ESA) Gaia satellite first noticed the supernova, known as SN 2016iet, on November 14, 2016. Three years of intensive follow-up observations with a variety of telescopes, including the Gemini North telescope and its Multi-Object Spectrograph on Maunakea in Hawaiʻi, the CfA | Harvard & Smithsonian’s MMT Observatory located at the Fred Lawrence Whipple Observatory in Amado, AZ, and the Magellan Telescopes at the Las Campanas Observatory in Chile, provided crucial perspectives on the object’s distance and composition.

“The Gemini data provided a deeper look at the supernova than any of our other observations,” said Edo Berger of the Harvard-Smithsonian Center for Astrophysics and a member of the investigation’s team. “This allowed us to study SN 2016iet more than 800 days after its discovery, when it had dimmed to one-hundredth of its peak brightness.”

Chris Davis, program director at the National Science Foundation (NSF), one of Gemini’s sponsoring agencies, added, “These remarkable Gemini observations demonstrate the importance of studying the ever-changing Universe. Searching the skies for sudden explosive events, quickly observing them and, just as importantly, being able to monitor them over days, weeks, months, and sometimes even years is critical to getting the whole picture. In just a few years, NSF’s Large Synoptic Survey Telescope will uncover thousands of these events, and Gemini is well positioned to do the crucial follow-up work.”

Read the full press release on the Gemini website