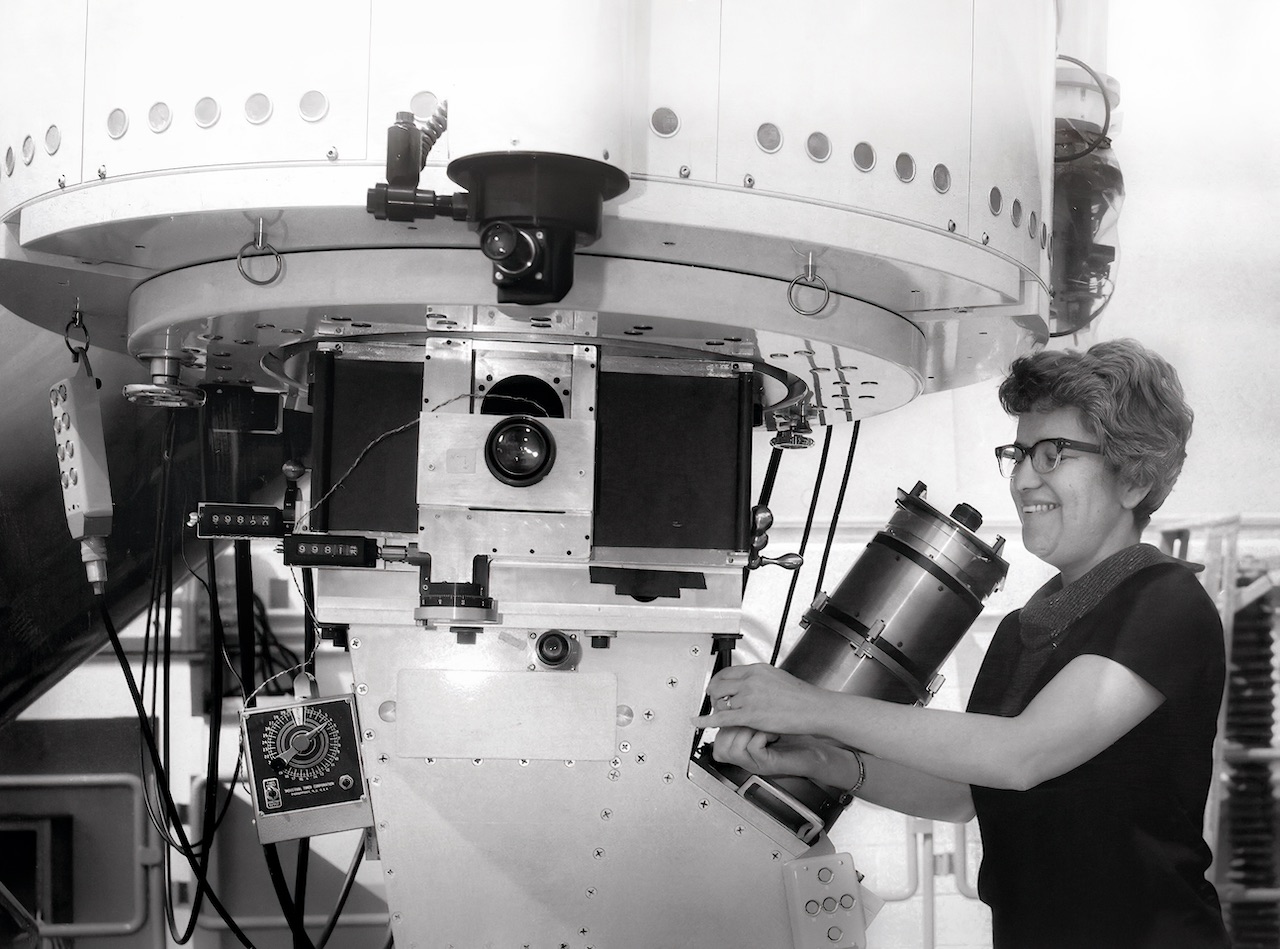 The announcement was made jointly by Ralph Gaume, Director of the NSF Division of Astronomical Sciences, Kathy Turner, DOE (Department of Energy) program manager of the Office of High Energy Physics and LSST Director Steve Kahn. “Named after an astronomer who provided important evidence of the existence of dark matter, the NSF Vera C. Rubin Observatory is set to make science history with its extraordinary capabilities that will come to bear in the next few years,” said France Córdova, director of NSF. “Congress has helped make this inspiring commemoration a reality. The Rubin Observatory is expected to significantly advance what we know about dark matter and dark energy, so the Rubin name will have yet another way to inspire women and men eager to investigate.”

Vera Rubin’s career spanned several areas in observational astronomy but she is most recognized for uncovering the discrepancy between the observed and predicted motions of matter in galaxies. This discrepancy is interpreted as evidence for dark matter, which exerts gravitational force but does not emit light as ordinary matter does. Her work was confirmed using numerous observational techniques and it has had a major impact on cosmology.

“We are pleased that LSST has now been named the Vera C. Rubin Observatory,” said Rubin’s sons Allan Rubin, David Rubin, and Karl Rubin. “We believe that this is a great way to honor our mother’s achievements in astronomy and her work for equal rights for women in science.”

The initiative to name the observatory in honor of Rubin began in June 2019 when House Science Committee Chairwoman Eddie Bernice Johnson and Congresswoman Jenniffer González-Colón proposed the idea. It was enacted into law on 20 December 2019 and represents the first national observatory named in honor of a woman. It is fitting that Rubin’s name is attached to an observatory in Chile, where women’s participation in astronomy has been comparatively strong.

The Rubin Observatory features facilities currently under construction in Chile which will be completed in 2022. It consists of an integrated system featuring a wide-field ground-based telescope with an 8.4-meter mirror. During 10 years of operation starting in 2022, the Rubin Observatory together with the 3,200 megapixel DOE LSST Camera and the data facility will carry out an unprecedented optical survey of the visible sky named the Legacy Survey of Space and Time (LSST). The design of the LSST survey is driven by four main science themes: probing dark energy and dark matter, taking an inventory of the Solar System, exploring the transient optical sky, and mapping the Milky Way. The science operations to deliver the LSST survey will be jointly funded by NSF and DOE.

The telescope at the Rubin Observatory is now named the Simonyi Survey Telescope in recognition of a significant private donation made early in the construction phase that was used to design, develop, and fabricate the telescope’s primary mirror.

“It is exciting that this wonderful observing system will be named after Vera Rubin. Dr. Rubin was a strong advocate of public facilities for science as a means of ensuring the best ideas got to see the light of day (or night). Much of her astronomy research was accomplished on NSF-funded, national facilities open to all astronomers, so having her name on this new NSF facility is appropriate and a great way to honor her work and impact on our field,” said Robert Blum, Acting Director of Operations at the Rubin Observatory.

For more details, see the press release issued by the Vera Rubin Observatory.

NSF’s National Optical-Infrared Astronomy Research Laboratory, the US center for ground-based optical-infrared astronomy, operates the international Gemini Observatory, Kitt Peak National Observatory (KPNO), Cerro Tololo Inter-American Observatory (CTIO), the Community Science and Data Center (CSDC), and the NSF Vera C. Rubin Observatory (VRO). It is managed by the Association of Universities for Research in Astronomy (AURA) under a cooperative agreement with NSF and is headquartered in Tucson, Arizona. The astronomical community is honored to have the opportunity to conduct astronomical research on Iolkam Du’ag (Kitt Peak) in Arizona, on Maunakea in Hawai’i, and on Cerro Tololo and Cerro Pachón in Chile. We recognize and acknowledge the very significant cultural role and reverence that these sites have to the Tohono O’odham Nation, to the Native Hawaiian community, and to the local Communities in Chile, respectively.

The federal LSST project is jointly funded by the National, Science Foundation (NSF) and the Department of Energy (DOE) Office of Science, with early construction funding received through private donations through the LSST Corporation. The NSF-funded LSST Project Office for construction was established as an operating center under management of the Association of Universities for Research in Astronomy (AURA). The DOE-funded effort to build the LSST camera is managed by the SLAC National Accelerator Laboratory (SLAC).

NSF and DOE will continue to support the Rubin Observatory in its Operations phase to carry out the Legacy Survey of Space and Time. They will also provide support for scientific research with the data. During operations, NSF-funding is managed by the Association of Universities for Research in Astronomy (AURA) under a cooperative agreement with NSF and DOE-funding is managed by SLAC under contract by DOE. The Rubin Observatory and the DOE LSST Camera are operated by NSF’s Optical-Infrared Astronomy Research Laboratory and SLAC.