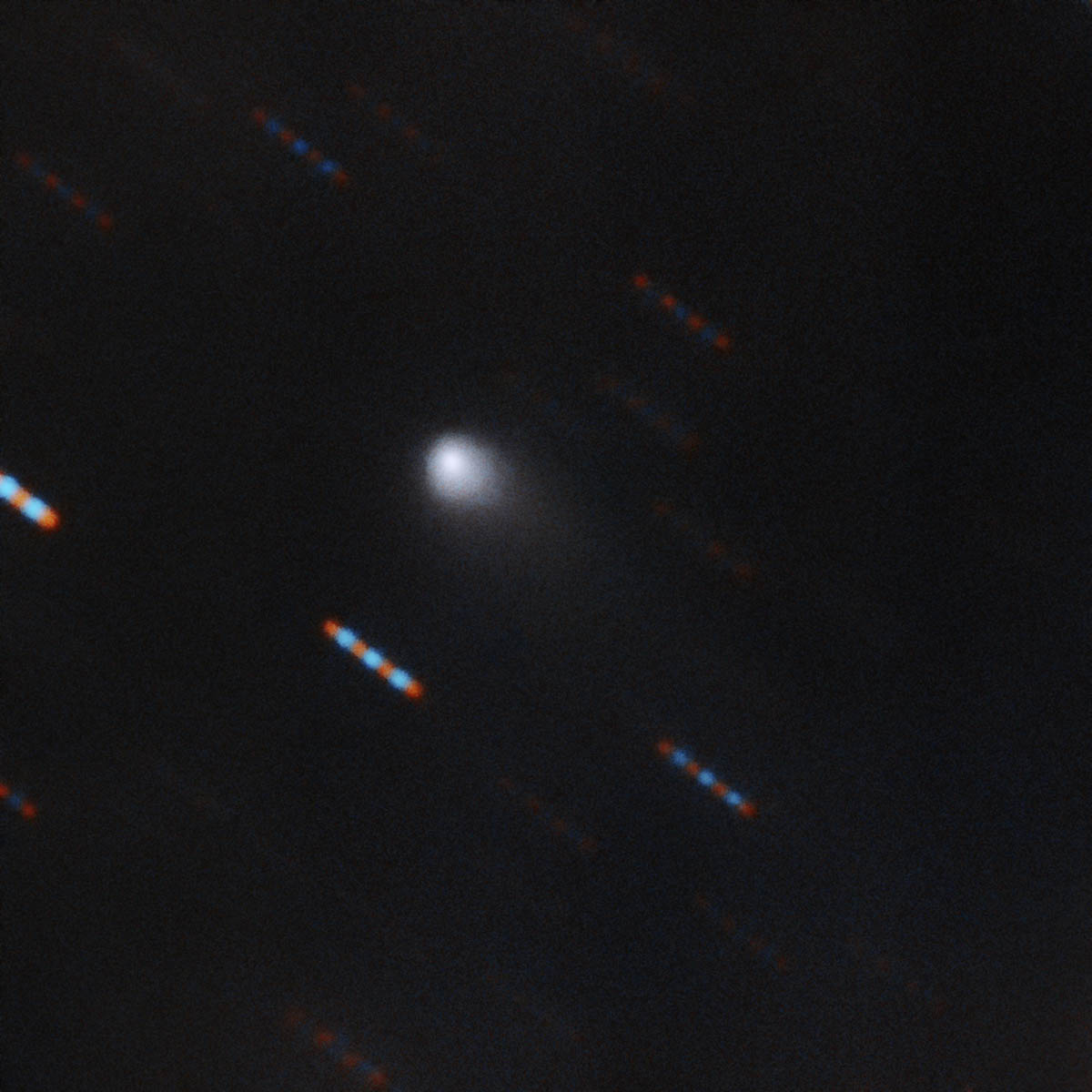 Gemini Observatory two-color composite image of C/2019 Q4 (Borisov) which is the first interstellar comet ever identified. This image was obtained using the Gemini North Multi-Object Spectrograph (GMOS) from Hawaii’s Maunakea. The image was obtained with four 60-second exposures in bands (filters) r and g. Blue and red dashes are images of background stars which appear to streak due to the motion of the comet. Composite image by Travis Rector. Image Credit: Gemini Observatory/NSF/AURA

The first-ever comet from beyond our Solar System has been successfully imaged by the Gemini Observatory in multiple colors. The image of the newly discovered object, denoted C/2019 Q4(Borisov), was obtained on the night of 9-10 September using the Gemini Multi-Object Spectrograph on the Gemini North Telescope on Hawaii’s Maunakea.

“This image was possible because of Gemini’s ability to rapidly adjust observations and observe objects like this, which have very short windows of visibility,” said Andrew Stephens of Gemini Observatory who coordinated the observations. “However, we really had to scramble for this one since we got the final details at 3:00 am and were observing it by 4:45!”

Read the full story on the Gemini Observatory website