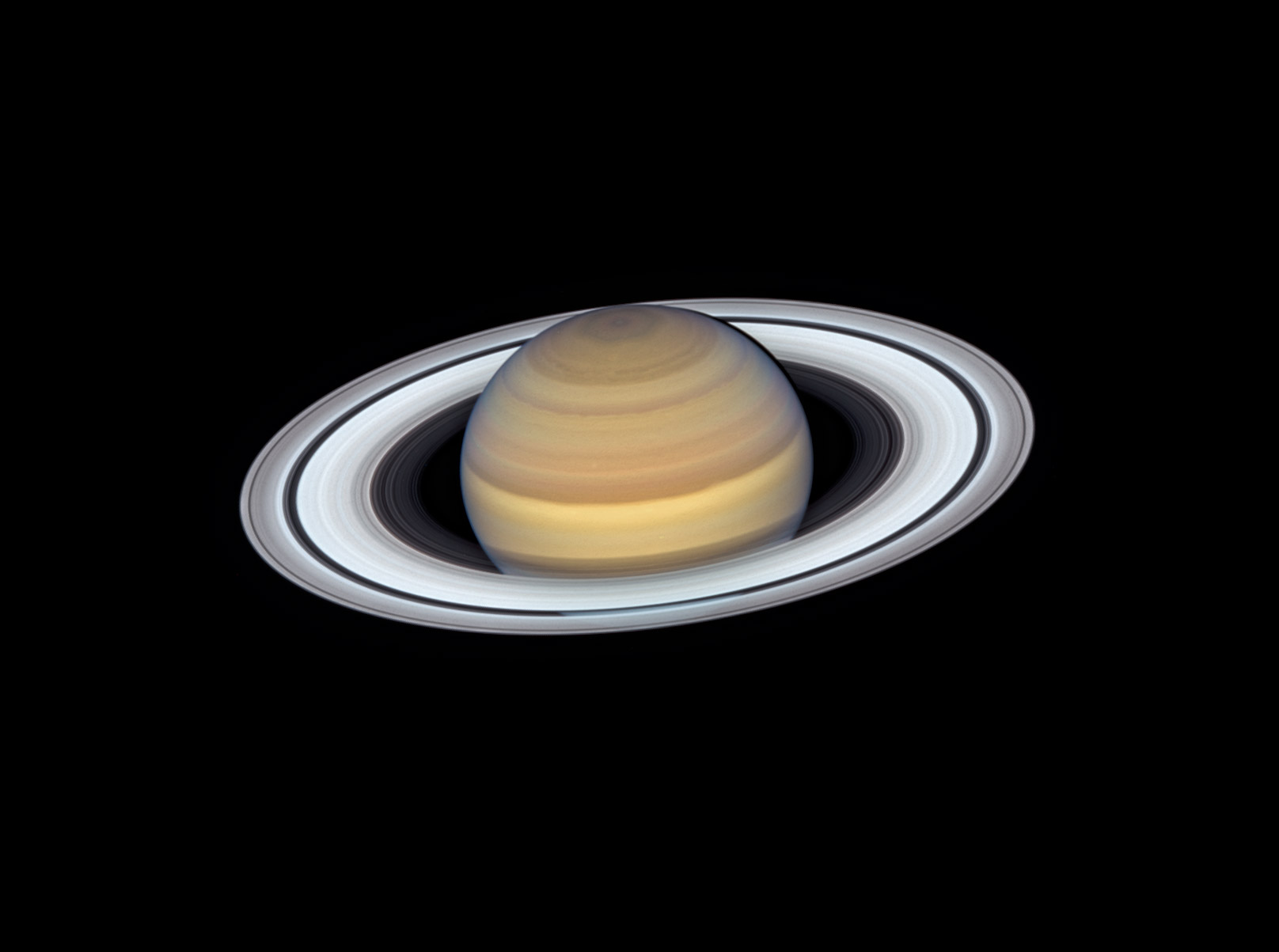 Anyone who has ever peered at Saturn through a small telescope is immediately enticed by its elegant rings, which make the far-flung planet one of the most exotic-looking, opulent worlds in the solar system.

The latest view of Saturn from NASA’s Hubble Space Telescope captures exquisite details of the ring system—which looks like a phonograph record with grooves that represent detailed structure within the rings—and atmospheric details that once could only be captured by spacecraft visiting the distant world.

One such intriguing feature is the long-lasting hexagon-shaped structure circling the planet’s north pole. It is a mysterious six-sided pattern caused by a high-speed jet stream. NASA’s Voyager 1 spacecraft first discovered the “hexagon” during its flyby in 1981. The hexagon is so large that four Earths could fit inside its boundaries. (There is no similar structure at Saturn’s south pole.)

Read the full story on the HubbleSite