SHOEMAKER-LEVY 9 FRAGMENT G IMPACT PLUME
Fragments of comet Shoemaker-Levy 9 crashed into Jupiter over a period of several days in July 1994. The large fragment G struck on 18 July at 07:28 UTC; the 3 images used for this sequence were taken at 07:38, 07:41, and 07:44. The swift rotation of the planet has begun to carry the spreading plume into daylight.Data: H. Hammel, MIT, and NASA. Processing: Judy Schmidt.

We were packed into the basement of the Space Telescope Science Institute in Baltimore, about a dozen scientists. Peering in from behind large glass windows were several dozen more people. Our rapt attention fixed on a big computer monitor, we awaited an image of Jupiter taken with the Hubble Space Telescope. A fragment of the shattered comet P/Shoemaker-Levy 9 had been predicted to smack the planet. The Hubble image was timed to show the impact location.

People muttered and murmured in response to the palpable tension. As the image began to load, we all leaned in. I pointed to a bright spot near the edge of Jupiter with a pencil, and the murmurs increased. “Is it a moon?” I asked, “It looks like Io.” A colleague grabbed the almanac and checked. “No moons in that area!” Then the next image downloaded, and we all cheered. It showed a phenomenon we had never seen before: the top of an ejecta plume, rising thousands of miles above Jupiter’s upper cloud deck. Things went crazy: corks popped; champagne flowed; and I decided to disrupt the staid press conference taking place one floor up.

THE MOMENT THE HUBBLE TEAM SPOTTED THE FIRST SHOEMAKER-LEVY 9 IMPACT SCAR ON JUPITER
National Geographic television cameras were on site on 16 July 1994 to see scientists react as the Hubble photos of the Shoemaker-Levy 9 comet’s first fragment arrived on Earth. The video was aired as part of the documentary Asteroids: Deadly Impact.

For the next 6 days, I and my team had front-row seats to a week of cataclysmic collisions and the resulting devastation in the clouds of Jupiter.

What were the most important lessons were from that week of comet-caused chaos? I list three: knowledge of Jupiter, advancement of impact physics, and a foretaste of our possible future on Earth.

The burned-up Jovian soot left by the impacts provided a text-book analogue to injecting dye into Jupiter’s clouds, allowing us to track atmospheric movement at a variety of altitudes. We gained great insight into high-altitude circulation on the planet, which was hitherto unknown. Debris material got sucked into small storms and atmospheric eddies, giving us quantitative data on gas flow. Spectroscopy yielded chemical analyses of Jupiter materials. It was a Jupiter data bonanza! 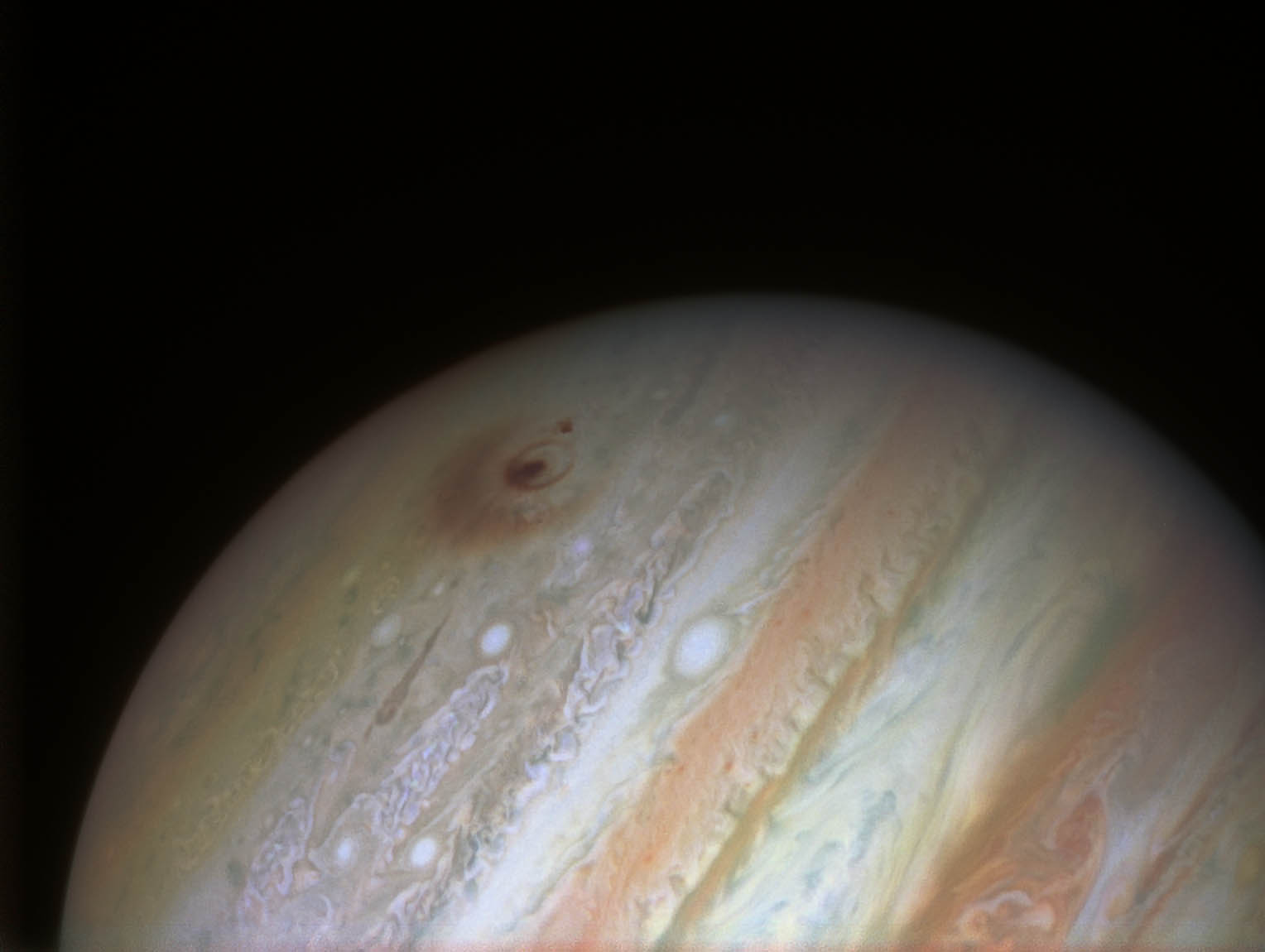 SHOEMAKER-LEVY 9 FRAGMENT D AND G IMPACT SCARS ON JUPITER
Fragments of comet Shoemaker-Levy 9 crashed into Jupiter over a period of several days in July 1994. Fragments D and G struck Jupiter on 17 July at 11:45 and 18 July at 07:28 UTC, respectively. The relatively fresh fragment G impact has produced a concentric set of scars: an inner dark circle, an outer thin ring, and an outermost diffuse ring. Fragment D is responsible for the small dark circle above these. The 3 photos used to make this color composite were taken at 09:19, 09:22, and 09:25, nearly 2 hours after the impact. Data: H. Hammel, MIT, and NASA. Processing: Judy Schmidt.

Impact modelers were likewise ecstatic with their data. With Hubble, we observed plume development and dissipation for four impacts, ranging in size from small through medium to large. Surprisingly (and contrary to predictions), all plumes rose to the same height above the cloud tops. Subsequent sleuthing suggested that plume height was linked to a level in the atmosphere below which the explosion couldn’t escape. This information helped refine models of extremely large atmospheric explosions. Why would we care about that? The answer lies in the third lesson.

We’ve known for hundreds of years that impacts have happened in the past in our Solar System. One glance at the pock-scarred face of our Moon reveals a panoply of craters large and small. It was only in recent decades, however, that we started to accept that truly cataclysmic impacts had occurred on Earth. More important and more recent is our understanding that those impacts can fundamentally change our environment.

The third sobering lesson from Shoemaker-Levy 9 was that giant impacts are not a thing of the past; that they are a real and present threat. In the wake of Shoemaker-Levy 9, NASA recommitted to discovering unseen objects that are potentially hazardous to us as a species. We are developing tools to find Earth-crossing asteroids and discussing the means to deflect one should it be discovered to be on a collision course.

Nature could not have fired a bigger shot across the bow than the full week of catastrophic collisions on Jupiter that took place in July 1994. In planetary defense circles, we joke about the dinosaurs getting done in because they did not have a space program to protect themselves. Fortunately, we had the mighty Hubble ready to watch the Shoemaker-Levy 9 impacts on Jupiter. People ask if I worry about asteroids. I do not. I have personal car insurance and I have personal home owners insurance, but we all have comet/asteroid impact insurance. It is our world’s space programs, and groups like The Planetary Society. We watch the sky, and we are preparing, just in case…