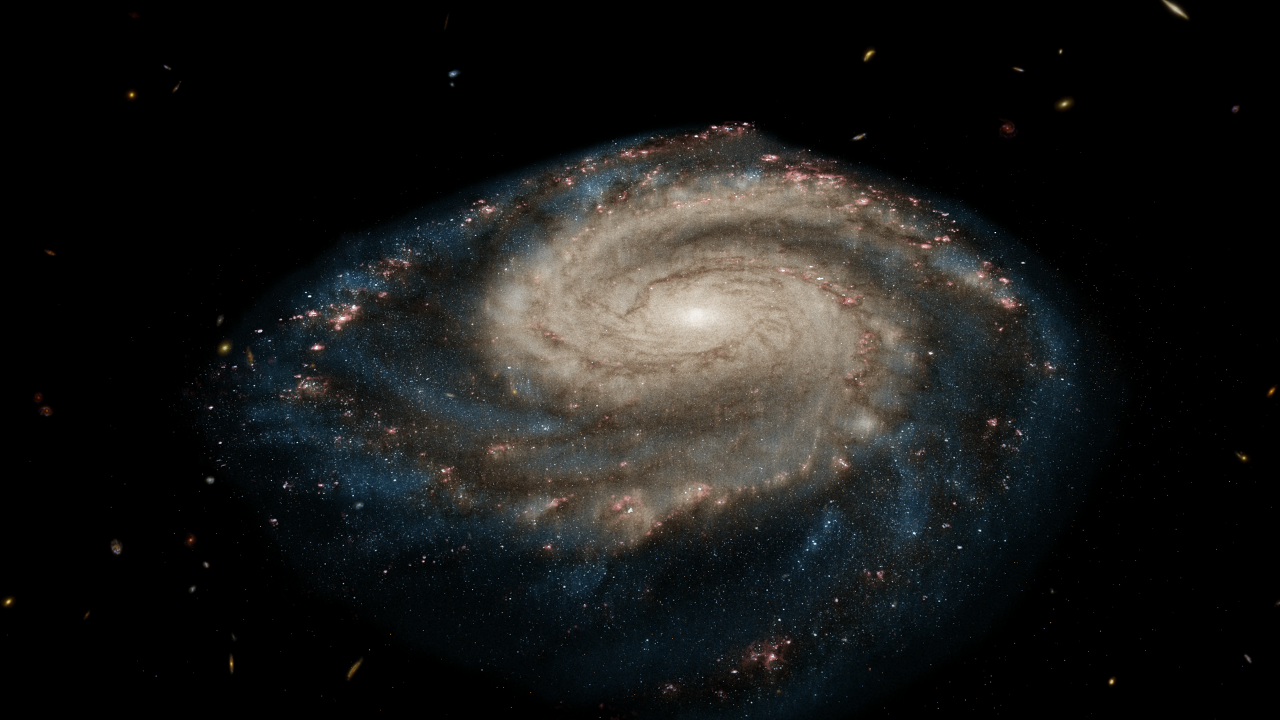 On Friday, November 16, a unique film and musical experience, inspired by the Hubble Space Telescope’s iconic Deep Field image, premiered at the Kennedy Space Center. The film, titled Deep Field: The Impossible Magnitude of our Universe, features a variety of Hubble’s stunning imagery and includes 11 computer-generated visualizations of far-flung galaxies, nebulas, and star clusters developed by the Space Telescope Science Institute (STScI), in Baltimore, Maryland. Those visualizations not only depict the awesome beauty of the universe, but also express the three-dimensional nature of celestial objects.

The film paints the incredible story of the Hubble Deep Field, an extraordinary portrait of the universe revealed by Hubble when it was pointed at a tiny and completely dark patch of sky for a total exposure time of about six days. What it revealed was an image that contained over 3,000 galaxies scattered across space and time.

The film’s symphonic score is augmented by an epic, fifth iteration of Whitacre’s ground-breaking Virtual Choir (VC5). VC5: Deep Field invited singers from around the world to submit their performances of Deep Field, to be heard at the climax of the piece. Over 8,000 voices from 120 countries, aged 4 – 87, are seen and heard in this global choir.

Read the Full Story on the Hubble Site