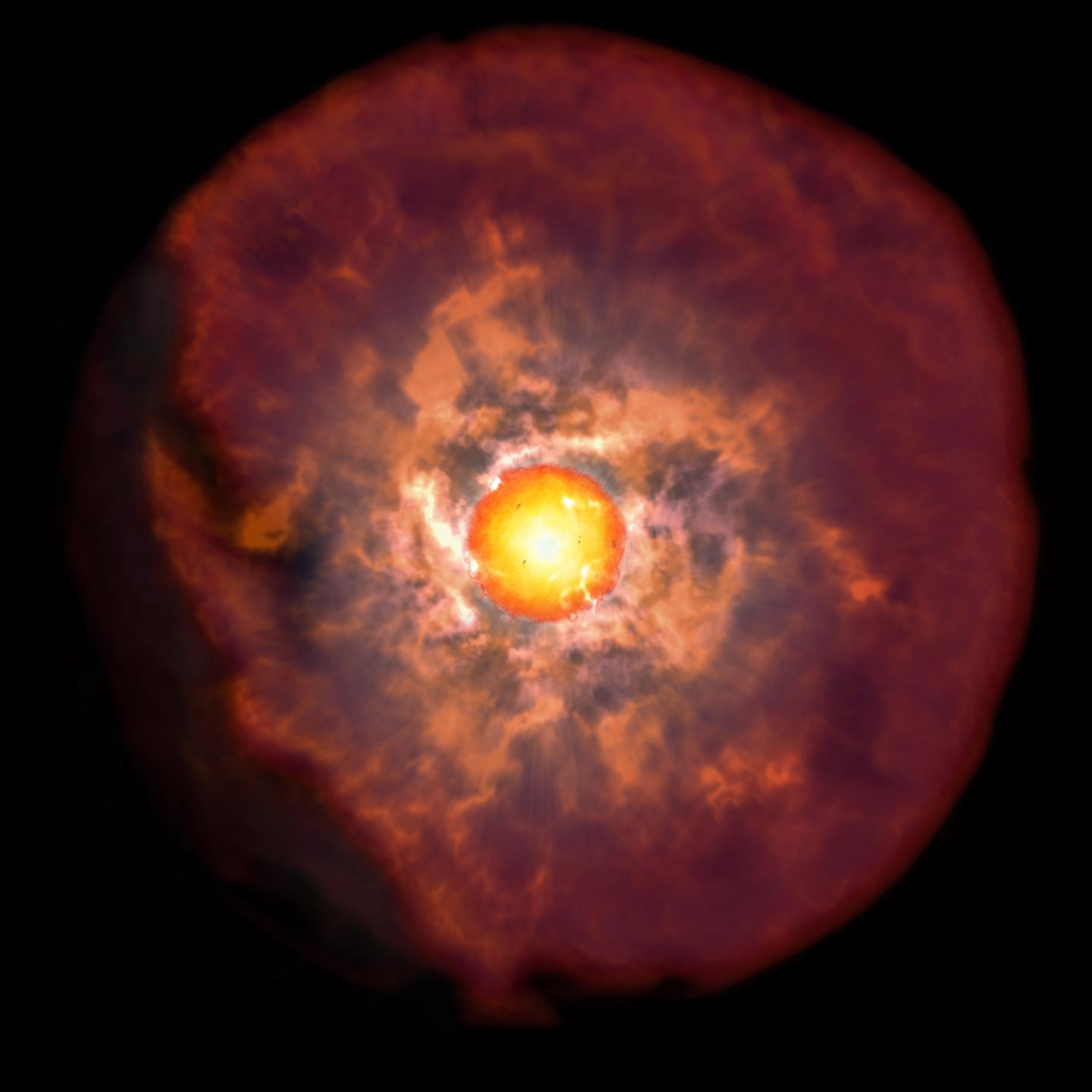 Artistic Impression of a Red supergiant star surrounded by a veil of circumstellar material before explosion as suggested by early time observations of type II supernova (Credit: NAOJ).

A new paper in the journal Nature Astronomy, The delay of shock breakout due to circumstellar material evident in most Type II Supernovae, written by a group of researchers from the Center for Mathematical Modeling (CMM) and the Department of Astronomy of the University of Chile, Millennium Institute of Astrophysics (MAS) and international institutions, sheds new light on supernova explosions.

The group discovered that supernovae generated from red supergiants, stars of great size in advanced stages of their lives, present a flash before the main explosion not predicted by current models. The discovery was made by scanning the sky using DECam for 14 nights at the 4-m Victor Blanco Telescope located at the National Science Foundation’s Cerro Tololo – part of the AURA Observatory in Chile. The observations will change what is known about supernova explosions and the last stages of stellar evolution.

This brightness is explained by a collision between the expanding gas of the supernova and a material of unknown origin that surrounds the star, explained Francisco Förster, a researcher at the CMM and MAS leader of the research, “The presence of this material makes it possible to extract part of the enormous energy produced during the explosion and turn it into light that we can detect.”

The discovery was made possible because the explosions were observed in real time in their initial stages. To do this the researchers used unique data analysis techniques developed in Chile and used for the first-time for Astronomy, machine learning, astrophysical models created in Japan and high-performance computing.