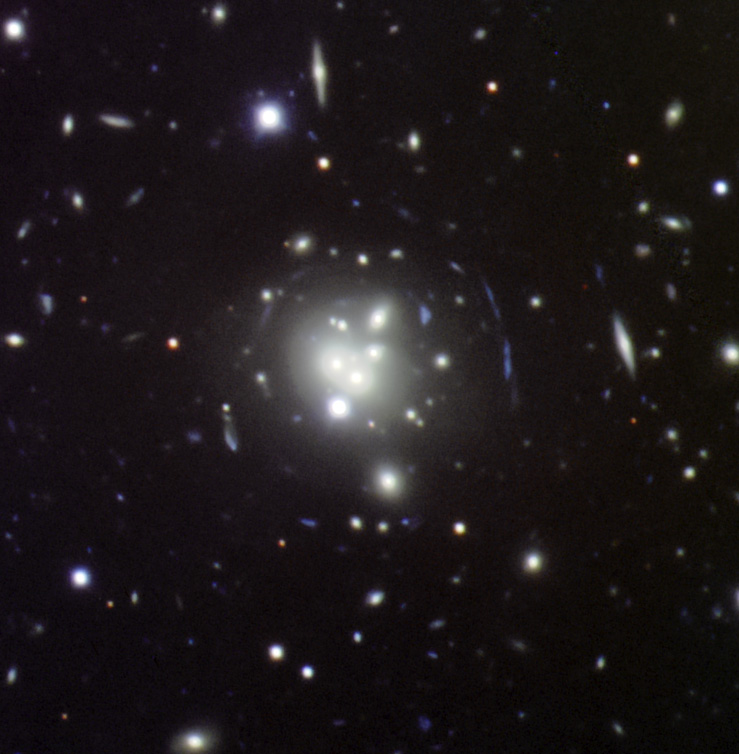 Figure 1. MS0440+02 galaxy cluster. The central galaxy is a multi-component BCG formed by six bright elliptical spheroids, all at the same redshift. This is a color composite GMOS South image (g, r, i) of the clusters. The size of the image is 2.6 x 2.6 arcmin2 (N up, E left). Credit: R. Carrasco (Gemini Observatory/AURA) and Tomás Verdugo (UNAM).

Astronomers using data from both of the Gemini Multi-Object Spectrographs (GMOS – North and South) measured the motions of stars within a sample of 32 massive elliptical cluster galaxies and found the stellar motions inconsistent with these galaxies’ solitary cousins.

The galaxies chosen are known as brightest cluster galaxies (BCGs) because they are the brightest members of large galaxy clusters. The international team of astronomers obtained Gemini spectra to find the relative velocities of stars within each galaxy and then determine the central stellar velocity dispersions and radial dispersion profiles for each galaxy. “This is similar to what we see in our own Solar System with the different velocities of the planets around the Sun,” said John Blakeslee, Gemini Observatory’s Head of Science. “We use the planets’ velocities to determine our Solar System’s mass distribution and it is also how we know the Sun’s mass accurately.”