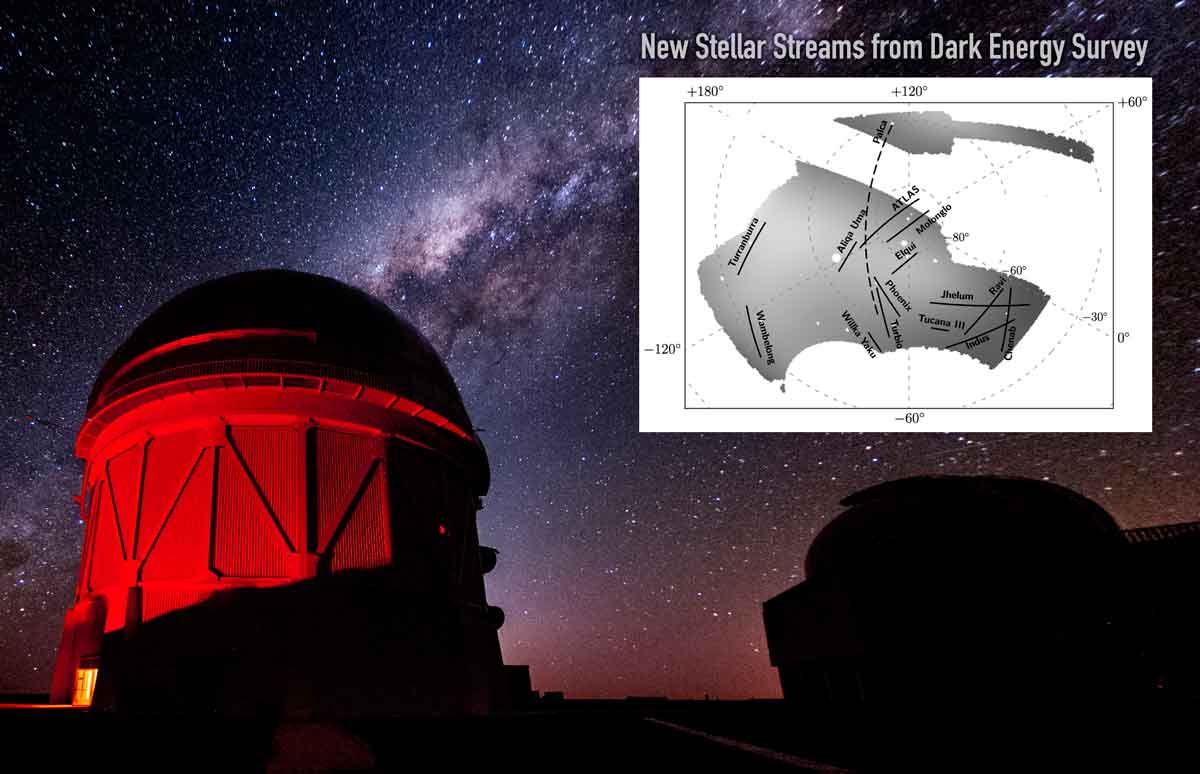 Where do the stars in our Galaxy come from? All the stars we see in the night-time sky belong to our Milky Way galaxy, and while most stars were likely born here, in the Milky Way, many appear to have originated in other galaxies and migrated to our shores. Tell-tale evidence comes from streams of stars created when small galaxies interact with the Milky Way. Eleven new stellar streams, discovered in data from the Dark Energy Survey, currently in progress at the NSF’s Cerro Tololo Inter-American Observatory (CTIO), provide new evidence for this picture.

Much like the waves of migration that brought diverse groups of people to the United States, our own Galaxy is thought to have been enriched by stars from other galaxies in discrete migration events. When a small neighboring galaxy ventures close to the Milky Way, the gravitational pull of the Milky Way draws out tendrils of stars from the neighboring galaxy, which trail behind it in a stream. Many such interactions are thought to have contributed stars to the halo of the Milky Way.

DES data have been previously used to discover numerous dwarf galaxy neighbors of the Milky Way. While finding dwarf galaxies is a challenging endeavor — they are faint and diffuse — stellar streams are even more difficult to pick out, because their stars are spread out over a much larger area of sky. “These discoveries are possible because the Dark Energy Survey is the widest, deepest, and best-calibrated survey out there,” explained Alex Drlica-Wagner (Fermilab), a member of the DES team.